WarDucks is excited to announce their new title, My Smooshy Mushy. It is an AR capable mobile game centered around the sweet-smelly squishy toys, Smooshy Mushy.  It is currently available for download in Turkey, Canada, and Australia. It will be available worldwide very soon. 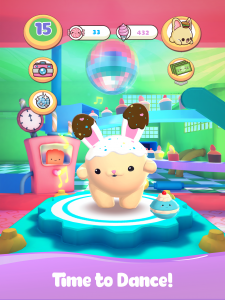 Smooshy Mushy, the sweet-smelling collectible slow rise global hit, is coming to life as a mobile augmented reality digital game. Launching globally in October, ‘My Smooshy Mushy’ allows kids to own, collect, and nurture digital Smooshys and Besties that can come alive via the magic of Augmented Reality.

Shelly Owen, creator of Smooshy Mushy and founder of OLO Industries, says “‘My Smooshy Mushy’ will allow the global legion of Smooshy Mushy fans to nurture, customize, interact, and play with their favorite characters in groundbreaking ways.” Dan Owen, Partner at OLO adds, “We’ve worked closely with WarDucks to incorporate Apple’s newest facial recognition features to allow the child’s own facial expressions to appear on the digital Smooshy. This is brand new technology kids can try out while caring for their Smooshy and unlocking more characters along the way.” 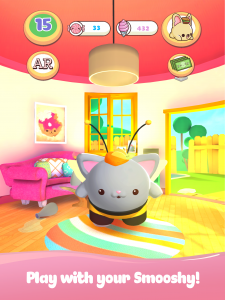 WarDucks, the heralded Dublin, Ireland-based Augmented and Virtual Reality Studio, has developed ‘My Smooshy Mushy’ using many of the same cutting-edge features used in their list of digital hits, which include six top-selling VR titles. “It’s been a delight to work with OLO and Redwood and their adorable line of Smooshy Mushy characters,” says Nikki Lannen of WarDucks. “Smooshy fans around the world will love playing with Smooshy in the digital world.”

The ‘My Smooshy Mushy’ app will be available to download for free, with optional in-app purchases, in mid-October on Apple’s App Store and Google Play.